Renown blogger Pauline Njoroge has penned an important letter to Jubilee leadership that should serve as a wake up call for Jubilee strategists. The letter documents critical judgemental errors that could have sequentially led to the nullification of the election of President Uhuru Kenyatta.

Njoroge painstakingly narrates NASA’s choreographed sideshows that could have duped Jubilee to play it cool and honestly, while the opposition had hidden surprise card meant to subvert the democratic will of Kenyans.

Below is the explosive letter :

AN OPEN LETTER TO JUBILEE LEADERSHIP

You will agree with me that last week things went very wrong. I know there are so many people we can blame, but I have spent the entire weekend scratching my mind and trying to figure out if we are also to blame. Could we have played a role in the creation of this whole mess unknowingly? Allow me to give my written submission, and forgive me if I am wrong.

From the beginning, it was obvious that NASA never wanted the elections. The guys didn’t even bother to do proper campaigns. They used the better part of their time in the court corridors. That we could clearly see and concluded that they wanted to use the courts to stop the elections. When this didn’t happen and we finally held the elections on 8th August, we thought we had won and that their plans had been thwarted. We even did a happy jig and mocked them on our online platforms. I can now confidently say that we were duped. That was not the end of their well orchestrated plan, it was just the beginning.

About two months ago, a source informed me that NASA was already writing grounds under which they would reject the election results, and I posted this information on my Facebook wall. If you think about it critically think critically, you will agree with me that NASA was not alone in this. It is very likely the coalition was getting guidance from some elements in the Judiciary and I want to believe that some IEBC officials were in it too…. maybe even those top in the ranks. The unsigned forms, forms without security features and other technical errors may all have been part of the plan to help in building NASA’s case.

After elections, NASA leadership said they would not be going to court, that they would instead take the matter to the court of public opinion. This was a lie. It was meant to make us comfortable so that we are caught unaware when they finally strike. Meanwhile long before they went to court, long before we even held the elections, they knew how all this would end, that is why they never bothered with the campaigns. They had written the script and they were at the top of their game in playing it out. These guys even made us believe they didn’t have money. Money they had, but when we were using ours to run a clean campaign, they were using theirs to execute their scheme.

Jubilee has been playing clean and innocent, and made a mistake of believing that everyone else was doing the same; do no evil, see no evil has been the guiding principle it seems. But we now have to change tact. We must see evil in everyone and in everything if we are going to succeed. We must see the Judiciary as evil and we must see the IEBC officials as very evil. We must then treat these entities with suspicion, like people who are up to no good; people who cannot be trusted; forces of darkness. We must work with the worse possible scenario and always be one step ahead in this evil scheme. We must have guys who sit everyday and use their imagination and experience to analyze what NASA could be up to next, then make a step before they do.

At this point we have no choice but to get into the brains of NASA, of the Judiciary and of the IEBC, then strategize on beating them at their own game. Otherwise running an innocent campaign and winning in the game of numbers may not help us much. Numbers we have, but we may find ourselves having to share power or out of power all together if we don’t act decisively on the current laid out plan by the evil forces.

As some teams go out to campaign and get the votes, let us also have another team that is working to prevent a coup against a legitimately elected leadership. We are at war and numbers won’t be enough to win it. When you meet a swordsman, draw your sword: do not recite poetry to one who is not a poet. 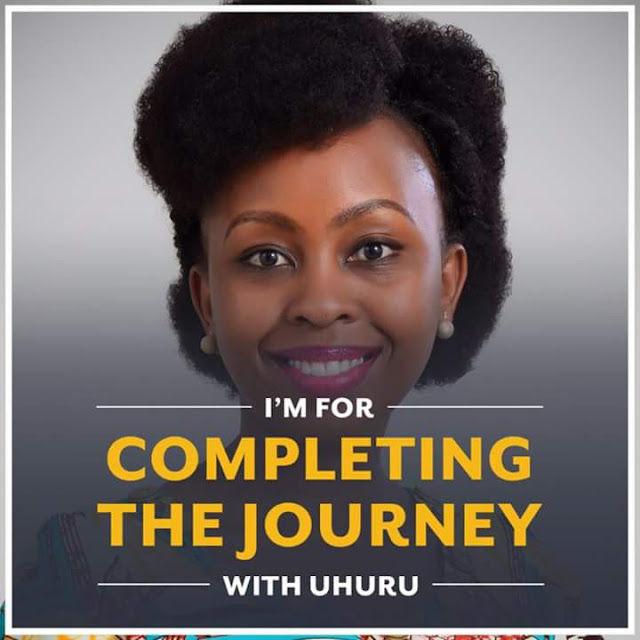