THE current trending matter in Kilifi county regarding the twins called to join Alliance Schools confirms the often used stereotype that Coast is yet to take education seriously.

1.  The fact that the twins from Ganze Constituency had secured places in Alliance schools should have aroused any serious leadership to connect itself with this success, whether they are from poor family or not.

2.  It’s a fact that the local leadership was engaged and initially denied that the twins were coming from Ganze, but later shamelessly confessed that they were indeed residents of the constituency. The local politicians then went ahead and blamed the parents for failing to visit their offices and for not attending their meetings. Really? Shame on you!

3. The narrative has now metamorphosized; that the twins have rich relatives who are capable of educating them. Kilifi has for a long time not been doing well in both KCPE and KCSE. The twins are, therefore, part of the creme de la creme of the county and any serious leader would have taken the opportunity to invest in these bright lads; them having rich relatives notwithstanding. Every poor Kenyan has a rich relative somewhere.

4. The education can of worms has inevitably been opened. The current firefighting, tragically involving argumentum ad hominem and driven by anger, insults and abuses is a pure manifest of conscientious and conscious guilt of leadership impotence in Kilifi that perpetuates poverty, ignorance, underdevelopment and general backwardness through political blackmailing. These are tragedies that local politicians thrive on, in order to remain in power.

5. The case of the twins is just a tip of the educational iceberg in Kilifi, where even those affected shy away from speaking, lest they’re labeled anti-ODM!!

The political cronies, bootlickers and  sycophants and toothless barking dogs who surround the political dinner table in the county are exhausting their primitive energies throwing unpalatable words against those who brought this matter to the public domain. They are ignorantly affirming and justifying this leadership mess. The political class in the county has thrived on silently dying electorate.

There is lack of seriousness on education in Coast, and the leadership wants this status quo to continue. We need an urgent confession from Ganze and Kilifi County leaders, that they treated this important matter casually and their nakedness has been exposed.

We choose not to engage the barking dogs; the dog owners were already engaged. 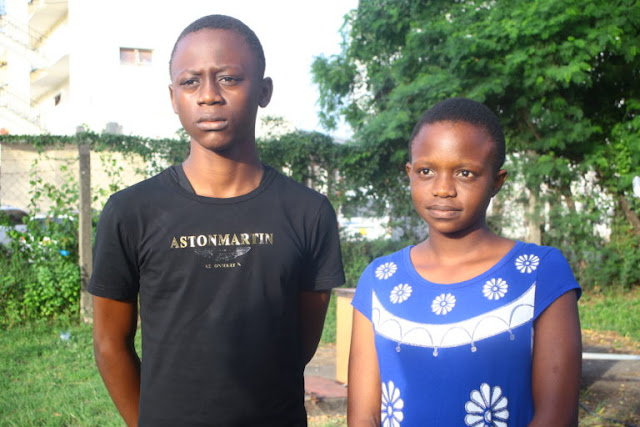 A Covid-19 patient has died at the Moi County Referral Hospital in Voi, Taita Taveta County, after...